The National Association of Realtors’ Existing Home Sales report is the broadest measure of housing market activity. It just hit a 14-year record for the 3rd month in a row. 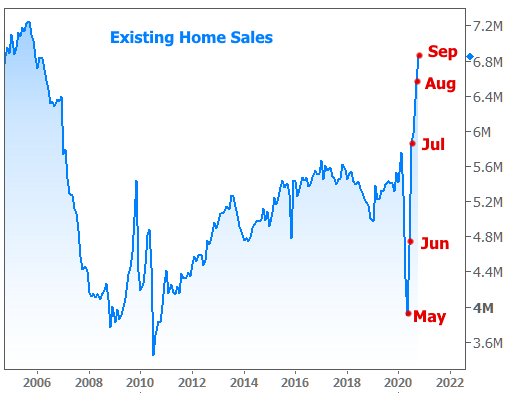 It’s not just existing homes.  The new home market is crushing it as well.  This week’s data on Housing Starts (the ground-breaking phase of new construction) showed another solid step back toward the boomy levels of late 2019. 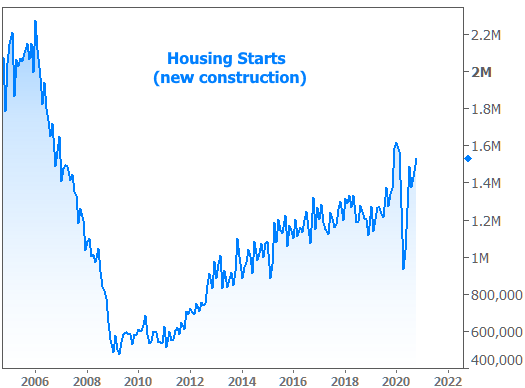 Builders may not be breaking ground as fast as they were a year ago (before covid), but that has everything to do with covid and nothing to do with demand. This week’s record result for builder confidence reflects that. 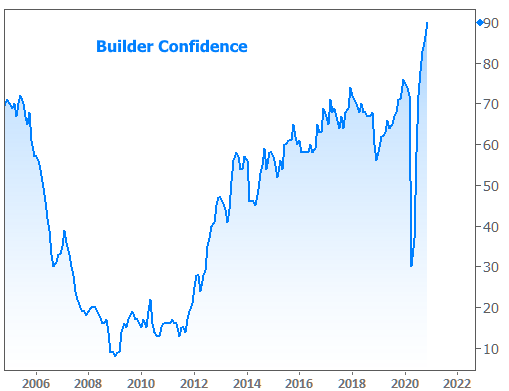 To top it all off, this week brought another round of news articles proclaiming “all-time low” mortgage rates.  But are they really?

For some borrowers in some scenarios, yes.  But in absolute terms, August 4th, 2020 was the best day ever for mortgage rates.  So why is there so much news to the contrary?

First off, there is no universal mortgage rate.  The only thing that’s remotely constant in the world of mortgage cost determination is the price of the bonds that mortgages eventually “become.”

These bonds (mortgage-backed securities or MBS) correlate directly with the average mortgage rate. They are like wholesale flour whereas mortgage lenders are like donut shops.  Some are better than others whether we’re talking about price, quality, or service, but that wouldn’t stop us from coming up with an average price for the average donut.

It’s the same story with the average 30yr fixed mortgage rate.  Some surveys measure top tier rate offerings once a week (see Freddie Mac below) while others try to capture the average across all loans for the entire week (see MBA below).  The following chart compares those approaches with an actual daily average that’s been weighted for the balance of refinance versus purchase rates (which are currently very different due to the recently imposed fee on many refis). 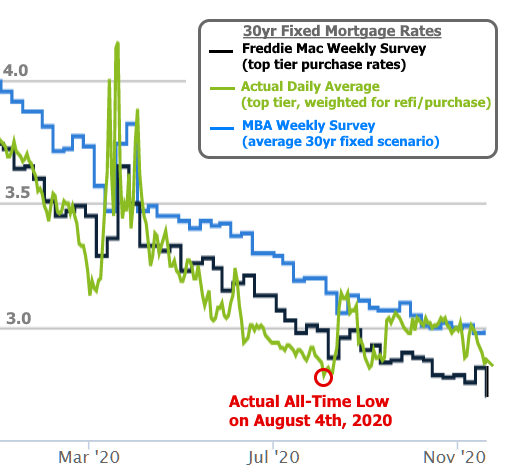 With this chart in mind, it’s no surprise to see MBS prices have yet to make it back to the highs seen at that time (higher prices = lower rates). 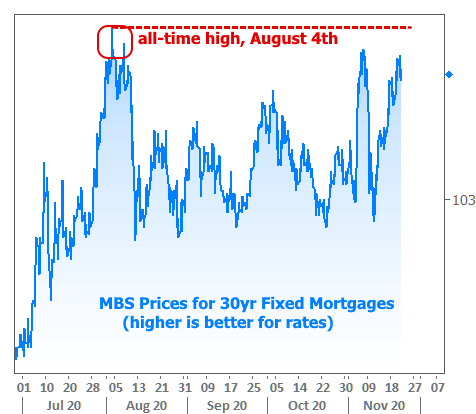 So how is it that we’re still seeing claims of all-time low rates?  The first source of distortion is Freddie Mac’s focus on “the best” rate which, in the current case, will be for purchase mortgages due to the new refinance fee mandated by Fannie and Freddie for a vast majority of conventional refinances.  It increased rates on the average refi by an average of .25% depending on the lender.  Most lenders began including it in loan quotes by the end of September.

MBA’s data paints a similar picture though, and it includes refi data.  The difference is that MBA is capturing vastly more input than Freddie (up to 75% of all loans according to their methodology).  On the first full week of August, their average rate should absolutely be higher than the rates that were only available for a few hours on August 4th.  Given that rates are now doing a better job of remaining low with less volatility on any given week, it’s actually no surprise to see “all-time lows” continue to make the headlines.

Bottom line: The best rates ever happened on August 4th.  Some weekly survey data suggests otherwise because it focuses on purchases and is limited in scope.  Other survey data suggests otherwise because it is intentionally broad, thus capturing too much of the activity in any given week for August 4th’s lows to stand out.  And all of the above is splitting hairs!  Whether we’re technically at all-time low rates or not, we might as well be–especially for purchases.

Reminder: New conforming loan limits are expected next Tuesday.  For a full discussion on that, see last week’s newsletter. 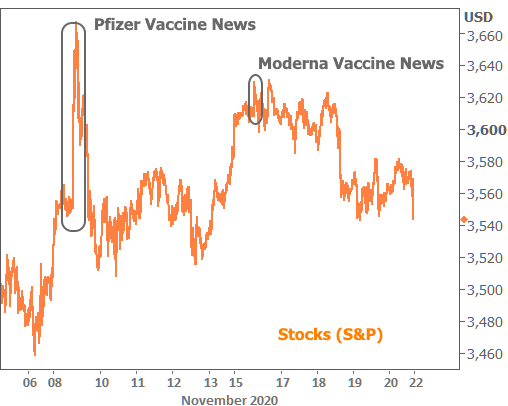 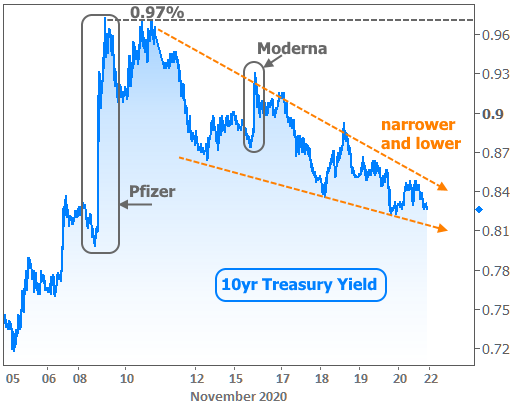